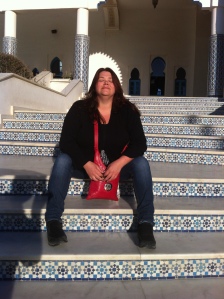 While working as a Financial Analyst with a billion dollar Investment Bank firm, Naima Feagin became a whistleblower  and created a movement under the name “Hope Girl” to join those who are working to end corruption and create a new paradigm. Her first viral blog post “While You Were Asleep: The Story of the 2012 Revolution” highlighted the facets of hidden corruption in the global economy. Shortly after, she reached out to the world asking for solutions and compiled a book titled “How to Fix the World”, which provides solutions to some of the world’s most pressing problems written by 300 people from 37 countries. The book was then made into a documentary film of the same title and showcases many of the planet changing project ideas from around the world.

​Holding an MBA and a variety of business experience, she wrote “A New Paradigm Business Model” and founded the Fix the World Organization (FTW), dedicated to manifesting planet changing ideas through humanitarian projects, learning, and a network of resources. FTW holds plans for over 60 projects, with over 40 partnering organizations and a social media following of approximately 200,000. In 2013 FTW launched its pilot project of local community production and distribution of a Quantum Energy Generator.

About The Fix the World Organization

Fix the World S.A.R.L . (FTW) is an international business and humanitarian association established in 2012, with our headquarters located in Morocco. We focus on projects dealing with energy access, economic hardship, and basic humanitarian aid.  We have two technology labs, two online training academies, and a community center that provides basic assistance in one of the poorest neighborhoods in North Africa.

FTW has its own extensive media platform, with a blog, two original internet TV shows, a mailing list and monthly newsletter.  Our administrative team consists of several dedicated individuals located around the globe. We recently have also joined forces with several other associations which give us direct involvement in humanitarian aid through food and clothing drives and emergency medical caravans for migrants, and vocational training for marginalized women and children.  We are also partnered with Kiva Loans, and have funded over 50 groups and individuals for start-up businesses in developing countries, in 2015 alone. 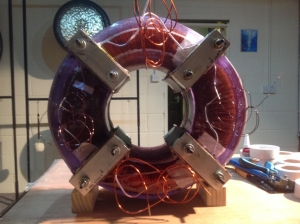 The Quantum Energy Generator(QEG) is an opensourced fueless generator prototype based on a public domain patented invention of Nikola Tesla. The type of energy that is utilized by the QEG design is different than that of a conventional generator. Once co-development is complete, the generator is designed to be highly efficient and power your home.

The QEG was opensourced in March of 2014 and has been in co-development with many teams around the world since this time.

About Fix the World TV

Fix the World TV is our Archive of planet changing interviews and information.  We are on a journey to fix the problems we have in our world and this journey begins with communicating the ideas that have come through each of us to help make the world a better place. At Fix the World TV, we strive to deliver content that focuses on solutions that can help humanity breakthrough.

With our growing video library archive, we provide you with opportunities to empower yourself with knowledge, awareness and a choice in media. Our content is designed to be educational and well organized providing a welcome space to explore many creative solutions to the world’s problems. ​ 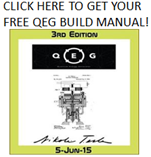 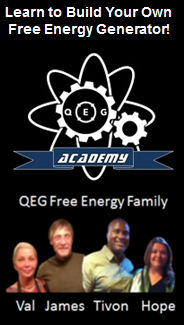 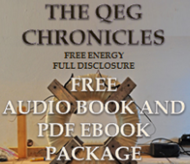 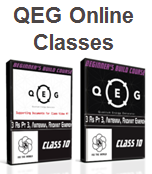 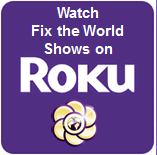